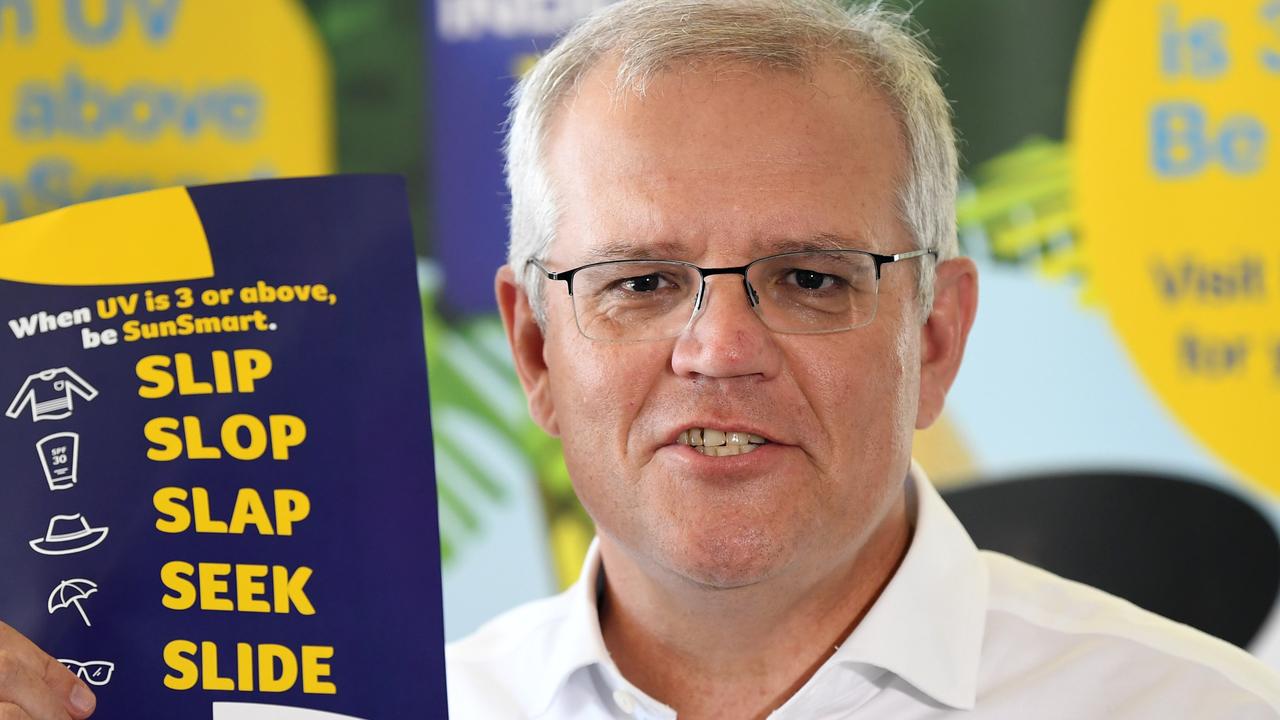 The Prime Minister’s comments comparing mask wearing to sunscreen have been labelled ‘absurd’ by his opponents.

Opposition Leader Anthony Albanese has criticised the Prime Minister for his “absurd” comments comparing Covid-19 to the sun.

Ahead of Wednesday’s emergency national cabinet meeting to discuss the mounting threat of Omicron, Scott Morrison was quizzed about whether the health advice suggested reintroducing a mask mandate, particularly in NSW where case numbers are ballooning.

Mr Morrison said Australians didn’t need to be told what to do, likening mask-wearing to sun safety.

“There’s no rule or requirement to do that, but it is strongly recommended health advice. It’s in the same category.”

Mr Albanese said it was out of line to make such a comparison.

“This sunscreen analogy … is a rather absurd one, because if I don’t choose to wear sunscreen it doesn’t mean you get sunburnt (just me), whereas with protections against Covid – what we do is protect ourselves but we are also protecting people we come into contact with,” he told the Today Show.

“It is quite extraordinary the fact that we had an emergency national cabinet called yesterday, but all the decisions (were) kicked down the road.”

On Wednesday, NSW, Queensland, the ACT and South Australia all recorded their largest ever daily case numbers.

Pressure is mounting on testing centres across the country as close contacts and symptomatic Australians rush to get tested before Christmas, but also clogging up the sites are people wanting to travel interstate.

Those wishing to travel to Queensland, South Australia, Tasmania and the Northern Territory require a negative PCR test within 72 hours of their arrival, which is in-part causing massive queues and delays in receiving results.

Mr Morrison said on Wednesday health experts could advise states and territories to do away with the testing requirement for interstate arrivals.

Mr Albanese said Mr Morrison should take responsibility for the problem, rather than shift the blame on states.

“This is a classic example of Scott Morrison trying to blame someone else and defer and issue to say, ‘look over there’,” he said.

“One of the ways that they have done that is because Annastacia Palaszczuk has protected Queenslanders. She deserves praise.”

Mr Albanese rebuked claims the long testing queues were being caused by those travel requirements, instead blaming Mr Morrison.

“Overwhelmingly, people are waiting in queues because the governments haven’t prepared. The federal government shut down a w hole lot of the testing areas,” he said.

“The government … have known that this period was coming for months now, and the preparation simply hasn’t been put in place.